BLOG
In a management reshuffle that took the yachting industry by surprise at the end of last year, Marcello Maggi stepped down as sales and marketing director at ISA, the shipyard he co-founded in 2001. Hein Velema, formerly CEO of Fraser Yachts, was appointed in his place. Until now Maggi has chosen to stay out of the press, but in this exclusive interview with Justin Ratcliffe he talks candidly about the circumstances of his resignation and his plans for the future. 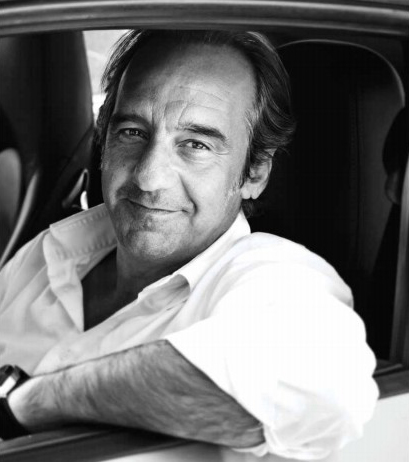 As the face of ISA from day one, Marcello Maggi was instrumental in securing brand recognition and expanding the client base for the shipyard he founded together with Gianluca Fenucci. Whereas Fenucci was happy to remain behind the scenes as managing director, Maggi travelled the world in search of clients and fronted press conferences for the yachting media. In his 13 years with the shipyard he sold 33 yachts from 36m to 66m, beginning in 2003 with April Fool, the first in the 47m steel and aluminium series that went on to sell seven units (an eighth was stretched to 48m). This year alone the shipyard has launched four yachts. All the more surprising, then, that his tenure as sales and marketing director at the shipyard he co-founded came to a dramatic end last November. In a press release announcing the management restructuring, Michael Mogilevsky and Luciano Bregola,ISA chairman and CEO respectively, expressed their gratitude to Maggi and said that he would continue to represent the brand to a group of clients. “We are proud that Hein has joined our team,” continued the press statement. “It is good that he is Dutch as ISA is an international shipyard that aims to compete on quality with the northern European brands. Hein’s reputation in the superyacht industry and his considerable track record are exactly what ISA Yachts needs at this juncture in our history. ”I hadn’t seen or heard from Maggi since the denouement of his departure, so was pleasantly surprised to lunch with him in Ancona on the occasion of the launch of 54m Forever One (the sale of which he also secured) together with the yacht’s owner, the broker Fernando Nicholson and the designer Horacio Bozzo. During the launch ceremony at the yard, numerous ISA staff came up to Maggi to shake his hand and wish him well. Heightened no doubt by the emotion surrounding the launch, it was a poignant scene insofar as the former sales director was present in a new and unfamiliar role that could be likened to a minister without portfolio. During that first meeting, Maggi handed me a new business card with the initials MMYB printed in silver font, and expressed a wish to give a one-off interview to The Superyacht Report about the circumstances surrounding his resignation and his ongoing commitment to the superyacht industry. So a couple of weeks later, when he was again en route from Ancona, his home town on Italy’s Adriatic coast, to his adopted home and workplace in Monaco, we met up over lunch at a small trattoria just off the Milan-Genoa motorway. Visibly relaxed and casually dressed in jeans and his trademark open-necked white shirt, he began by providing some background to the events of last year. The industry we work in is never a straight highway; it’s more like a country road full of bends and you have to be able to anticipate these bends and look beyond them. So the chain of events at ISA did not exactly come out of the blue, but they certainly represented a personal blow. In June last year I presented a strategic marketing plan that reiterated the need to consolidate the brand based on shortening delivery times. A lot of potential owners out there have made their money in the space of 10 years, and are not about to wait another three or four years for their custom yacht. The board of directors [Maggi still holds a six per cent share in the company] responded by saying that I hadn’t sold a yacht in 18 months – despite the fact that at the time there were six yachts in build, including a 66m and a 54m of over 1,000gt – and made it clear that they had someone else in mind to look after the commercial side of the business. At that point I had little choice: when you’re head of sales and marketing and the board votes against your proposals regarding future strategy, the only thing you can do is step down. So in November last year I decided not to renew my contract. HOW DID YOU FEEL ABOUT THAT DECISION AND WHAT HAPPENED IN THE AFTERMATH? It was like a punch in the stomach. The message was that because I hadn’t sold a yacht in over a year, I had nothing left to offer, but it was also a wake-up call. I’ve never been one to stick my head in the sand; with each change in direction I’ve always tried to create something better and stronger. Luckily I was under no financial pressure, but I had no plan B to fall back on, so the first thing I did was take time out to think. My wife took me on a holiday to Sri Lanka and I spent valuable time in Monaco with my two children, aged three and 12, and at our home in the mountains in Kitzbühel. I also focused on other business interests. I’m a shareholder and on the board of directors of a company (Fintel Energia Group) quoted in the Milan stock exchange that invests in renewable energies, a field that, unlike a superyacht, can serve everyone. But at the end of the day, I’m a boat builder and that’s what I enjoy doing most.

SO YOU WOULD DESCRIBE YOURSELF AS SOMEONE WHO BUILDS RATHER THAN SELLS BOATS? I don’t consider myself a salesman: I’m a boat builder who knows how to talk to clients; there’s a difference. I know how to explain things in a simple and comprehensible way to a billionaire who might not know much about superyachts. Part of what I do is also selling boats, of course, and since February this year I’ve acted as a buyer’s representative for three yacht sales: the 60m Trinity Bacarella, the 47m ISA Alalya [ex Lady Dahlia and Kiss] and a 54m Baglietto under construction. I’ve worked in yacht building since 1986, when I was an economics student and started doing odd jobs for CRN to earn some extra cash. From there I went to work for the refit department, which was my real university, where I learned from the old hands on the shop floor, but it took years before I had any contact with the clients. I was 36 when CRN became part of the Ferretti Group, which was the spark that convinced me to start up something for myself with ISA. In the beginning we were partly financed by Gerard Rodriguez, who sold his interest to the Yachting Investors Group in 2006. Looking back, we could probably have done it alone as we sold 10 of the 120 fibreglass series, and the 47m series took off almost immediately. Before Heesen, Amels and Feadship, we were the first to build yachts of that size in series. We anticipated what the market wanted and came up with the right product at the right time. Building boats has been my life – and still is. I moved from my home near Ancona to Monaco because that’s where the owners, the brokers and the captains are. That’s my world.   WHAT WAS THE REACTION OF YOUR INDUSTRY COLLEAGUES WHEN THEY HEARD OF YOUR DECISION TO LEAVE ISA? The reaction was overwhelming. A lot of them – former competitors included – offered to help out, which was heart-warming because it’s not something you expect in what is generally regarded as quite a cut-throat industry. Either bravely or stupidly, I turned them all down. I was grateful for the offers, don’t get me wrong, but having built up a shipyard from scratch it was never going to be easy working for someone else. I need to do more than just contribute to a marketing strategy – I want to be able to formulate that strategy 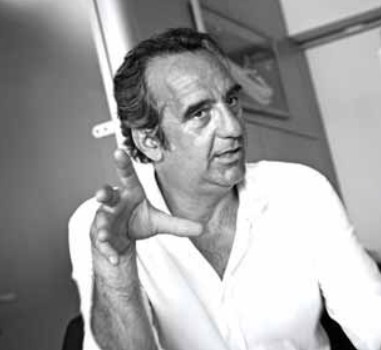 WHICH LEADS US TO YOUR CURRENT AND FUTURE PLANS … When we met in Ancona, I had just printed my new business cards … MMYB – Marcello Maggi Yacht Boutique – is essentially a continuation of what I’ve always done, the difference is that I’m now doing it without the pressure of having to pay the overheads and wages associated with running a shipyard. I have a long list of clients who I want to continue working with on custom projects in collaboration with various shipyards, not against them. I want to draw on my understanding of the needs of both client and shipyard by developing the specifications together with a small but talented team of my own, then match the design package to the right yard. Beyond having the skills and facilities to build a quality product, the right yard might also mean one looking to fill a build slot, so we help them to optimise their production at a reduced cost in return. This could be for a private owner or it might be for an investor, who is also a potential owner, with a view to selling the yacht on completion and sharing the proceeds. I’m not looking to speculate by building multiple hulls, but just one yacht at a time with different shipyards. There are people buying apartments in London that cost millions of pounds complete with fixtures and fittings right down to the teaspoons. I want to do the same with yachts, as I know there are many very wealthy people out there who have the means to buy a superyacht, but don’t know how or where to start. What I want to offer is added value, rather like AMG for Mercedes or Pininfarina for Ferrari, and the MMYB logo would appear along with the shipyard’s name on the fi nished yacht. The second part of this mission is selling the yacht. I’ve seen too many of my projects leave the yard with happy owners and then when they decide to sell, the price is slashed. I’m in negotiations to buy a majority share of a small but respectable brokerage house in Monaco, so we have direct control over the sales or charter process. I won’t be involved in the day to-day running of that side of the business, but ultimately the best person to sell a boat is usually the person who built it. The boutique concept returns to what I set out to do with ISA; the difference is that now I can provide tailor-made solutions without compromises as I’m not worrying about how to pay the salaries of a few hundred workers. I have the best part of a beautiful job, because it frees me up to focus on the project and the client. Courtesy of The Superyacht REPORT, text of Justin Ratcliffe
http://www.marcellomaggi.com/wp-content/uploads/2013/04/mmlogo2_400x156.png 0 0 marcello maggi http://www.marcellomaggi.com/wp-content/uploads/2013/04/mmlogo2_400x156.png marcello maggi2014-12-09 16:13:032014-12-09 18:13:21ME, MYSELF AND I
0 replies

Want to join the discussion?
Feel free to contribute!

My Kardin
Scroll to top